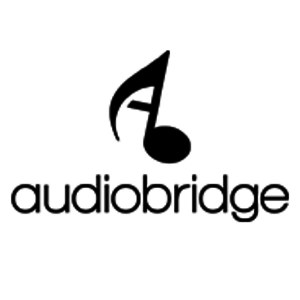 audiobridge is revolutionizing how the world makes music. By building an easy, yet powerful recording and collaboration platform exclusively for the mobile devices that the majority of the world already uses daily, audiobridge significantly lowers the barrier to entry for creatives around the world. The audiobridge team is combining cutting ...

audiobridge was developed by founder/CEO, Matt Miller, after spending nearly a decade in the heart of the Los Angeles music scene as a songwriter, producer, recording artist, and live performer. He combined his passion for software engineering and songwriting by developing audiobridge, after he realized there was no convenient and quality solution to co-writing with artists in different locations. Now based in the San Francisco Bay Area, Matt is the CEO of two technology companies; he enlisted a full team of software engineers who are experts in backend server architecture, digital signal processing (DSP), mobile and front-end development.

Product Partnership Manager, Andrew Perusi is currently a world touring bassist who brings many years of musical experience to audiobridge, providing key insights to how the product and partnerships are internally developed. His daily experiences with high caliber musicians keeps audiobridge grounded to the realities of today’s working musicians, continually providing feedback for the the types of features that would be most helpful to the creative process.

The innovative new music recording app, audiobridge, is announcing that current Board Member and previous CRO of LyricFind, Andrew Stess, is joining their team in an advisory role. Stess brings decades of proven success across the business media landscape, including as a CEO and founder of ampliFIND, which was acquired by Sony in 2011, VP of Consumer Electronics at All Media Guide (AMG), and in his current role as founder of StessCo Consulting Group LLC. Working with music and tech startups is a speciality for Stess, having spent the last nine years as a sales consultant and business development strategist for promising young entrepreneurs including Dash Radio and Music Story. In addition, Stess has closed deals and networked with the biggest music media companies in the world, including, Apple, Amazon, Microsoft, Google/YouTube, Spotify, Vevo, and Fender.

With a proven track record of developing businesses from the ground up, Stess is looking forward to sharing his expertise with a startup that promises to revolutionize the music recording industry.

“I love what Matt and the team are building and I am eager to work with them to help them grow and guide them to the next stage. I love collaborating with fresh new startups and they are well positioned to be very successful,” Stess said.

The timing for a business development mentor couldn’t be better for audiobridge, as they have recently launched a Wefunder campaign and a successful new suite of digital recording features aimed at helping musicians record music with the help of artificial intelligence.

Matt Miller, founder and CEO of audiobridge, knows that the future of music recording isn’t at a workstation, but on a phone. And he is excited to gather ideas from Stess on how to make the exclusively mobile recording app change the way music is recorded forever.

"It's been great having someone with Andrew's experience understand our vision and provide a fresh perspective. We've had great conversations so far and he's already brought us tons of insight on the best approach in taking audiobridge to the next level. The team here is super excited to continue to learn from him and deepen this relationship as we grow,” Miller said.

audiobridge is revolutionizing how the world makes music. By building an easy, yet powerful recording and collaboration platform exclusively for the mobile devices that the majority of the world already uses daily, audiobridge significantly lowers the barrier to entry for creatives around the world. The audiobridge team is combining cutting-edge software techniques with a carefully planned user experience, creating the world’s first fully guided music creation platform. This will allow creators to focus on the nuances of their song rather than the nuances of the software.